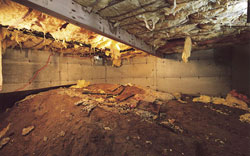 Combined, these two forces mean a continuous drain on your utility bills as well as a rotting, decaying crawl space under your home. This can lead to musty smells and odors in your crawl space.

Additionally, vented crawl spaces will create an access point for insects, animals, and all types of pests, inviting infestations in your home.

The installation usually takes less than a day, and the vapor barrier itself comes with a 25-year warranty.

Read on to see the steps we take to install a crawl space encapsulation system, or click here to sign up for a Free Estimate and inspection on a crawl space moisture barrier system in your Vancouver home!

View All Before & After Photos 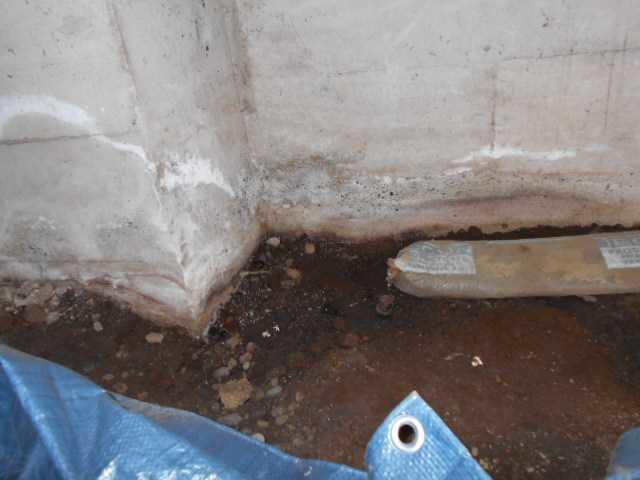 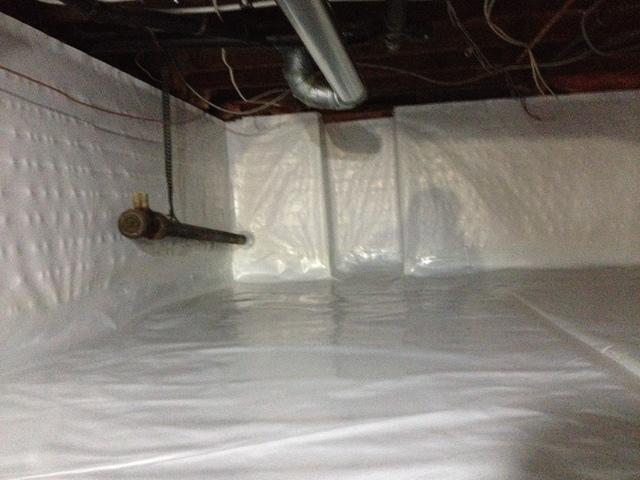 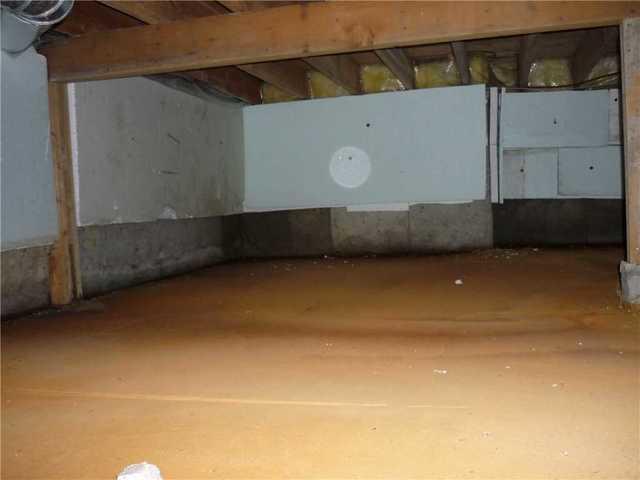 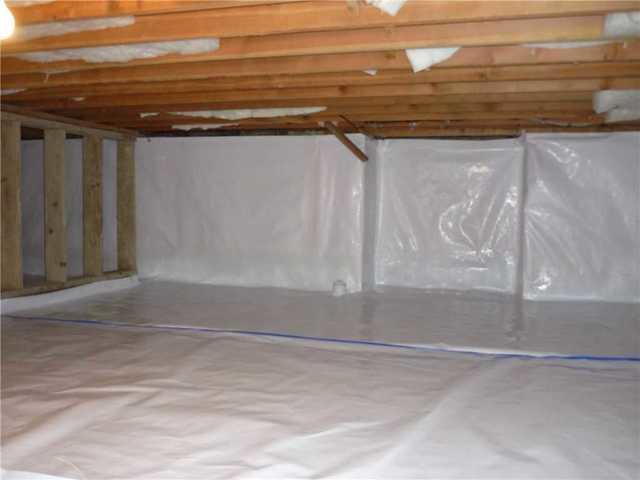 Crawlspace Sealing in South Surrey, BC 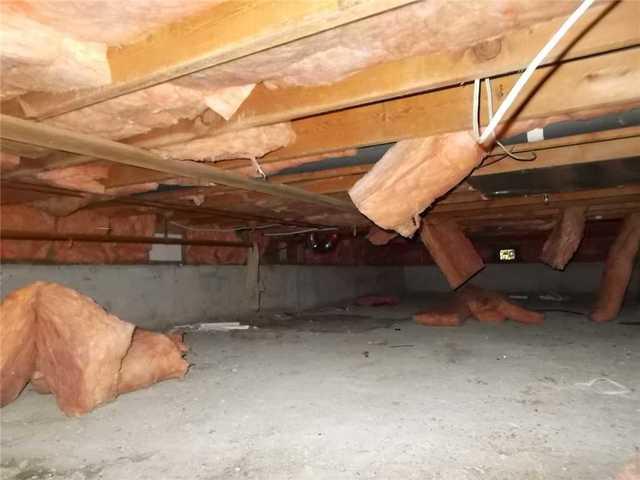 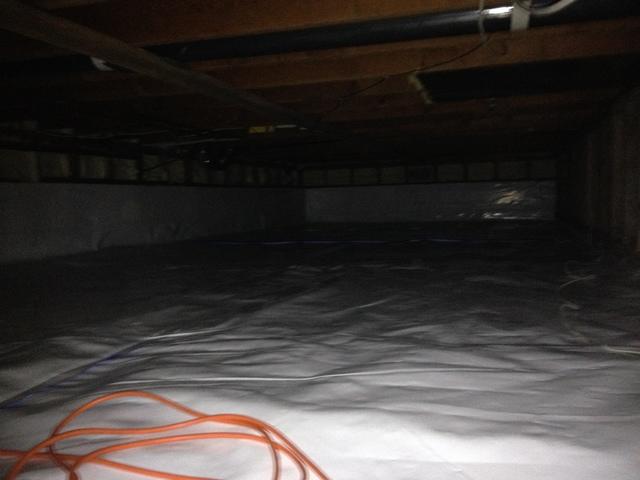 Crawlspace Encapsulation and Clean Up in Tsawwassen BC

"Overall a good experience. Staff was very courteous and..."

By Teressa P. from Langley, BC

By J-P G. from South Surrey, BC

By Michael T. from Surrey, BC
"Steve and Joaquin are outstanding workers. The best of the..."

By Andrew M. from North Vancouver, BC
"Saw Jordan on the news for his rescue of a child - totally..."

By Art P. from Maple Ridge, BC 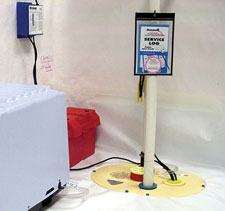 Step 2: Remove any Standing Water in the Crawl Space and Stop all Flooding

If your crawl space is experiencing crawl space flooding, that problem must be addressed before anything else is done.

Installing a crawl space sump pump with a drainage swale that leads all water towards it is a great way to deal with groundwater flooding in a crawl space.

Plumbing failures can also leak water in the crawl space. Because homeowners will not generally enter their crawlspaces on a regular basis, crawl space plumbing leaks have been known to go unnoticed for days, months, even years! You won't want water flooding up your encapsulated crawl space like a swimming pool, so be sure to fix all leaks before the crawl space repair.

“I just wanted to send a quick note about today's service. It was in Pitt Meadows. We dealt with Lars and were beyond happy with his assessment. I don't...”

“We are happy with the result of the installation and will not hesitate to refer your company.”

“I'm very impressed with the quality of the work & the professionalism of Frank & the workers. Thanks again.”

“Just want to thank Basement Systems Vancouver for a job well done, and for solving our leaky crawlspace problem with integrity.”

Read Full Testimonial
John B. of Surrey, BC

“Every aspect of your company is filled with friendly, professional yet personable excellent service. Thank You!”

Read Full Testimonial
Tina and Wade S. of Chilliwack, BC

“Your Sales representative addressed all the issues we were concerned about.”

Read Full Testimonial
Gary and Lorraine S. of Chilliwack, BC

If you're interested in preventing moisture from seeping upwards from the crawl space walls and floors, it's best to install a rugged, tear-resistant plastic vapor barrier on the crawl space walls and floors in your home. The crawl space vapor barrier installed by Basement Systems Vancouver is 20 mil thick and comes with seven layers of polyester cord, high-density polyethylene and low-density polyethylene. The best color for this barrier is white, as it makes the best use of available lighting. To allow a visible area on block walls for termite inspector access, Basement Systems Vancouver of BC will also install a clear plastic cap on the tops of the walls, allowing vapor barrier protection while providing an installation that will still allow of inspection.

Step 4: Install a Dehumidifier in your Damp Crawl Space 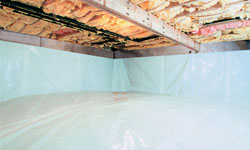 Once the area is sealed off, it's a good idea to install a crawl space dehumidifier. Homes that have had the crawlspaces saturated with humidity will retain some of that moisture in the wood even when the space is encapsulated.

A dehumidifier can dry this out, while making sure that any future moisture is not trapped in the space.

The SaniDry™ Crawl Space Dehumidifier, available in British Columbia by Basement Systems Vancouver, is a self-draining, powerful design that's ENERGY STAR® Rated and powerful enough to do the job the way you want it to.