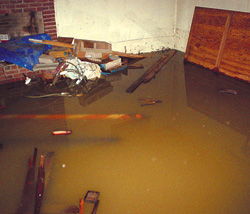 A sump pump system will protect your basement most of the time. However, mechanical failures in the sump or the sump pump switch lead to significant basement water problems. When waters are rising and rains are at their worst, you'll be glad there's a battery backup sump pump available to kick in and handle the water the primary sump pump couldn't handle. If you're looking for a great sump pump battery backup, Basement Systems Vancouver offers free, no-obligation inspections and quotes on the installation. Call or e-mail them today!

However, the sump pump market is clogged with so many options for battery backup systems that it can be bewildering. Let's break down the different battery backup sump systems available in Abbotsford, Burnaby, Coquitlam, Langley, Surrey, Vancouver, and West Vancouver:

“The fact that your expertise comes through in your marketing. You addressed any risk factors I may have had through your confidence in your system. Very...”

“Very clean & knew your product thoroughly. Your agent (representative) presented himself in a professional manner. He did not B.S. at any time about...”

“This has been one of the most professionally done jobs I have ever had done on my home. From the first inquiry to the last day. A great job, very well done.”

Generator-powered sump pump backup in BC: For around $400, it's possible to buy a portable generator that can be used to run the sump pump if there's ever a power outage. However, this generator will only be useful if the homeowner is home and awake to turn it on, and usually must be started outside (in the rain). For $7,000-$10,000, you can choose to instead buy a powerful generator system that's wired to the sump pump and will turn itself on automatically. If you want your basement dry all the time and don't know if you'll be home - and awake - every time you lose power, the more expensive option is all generator-powered systems have to offer. Remember also that you'll be powering your primary sump pump and that no battery backup will be available. If the sump pump simply clogs or experiences a mechanical failure, there will be no other pump available to help keep the basement dry.

Alternate Sump Pump Power Source: Homeowners will sometimes hook up a battery to their AC powered sump pump that will convert the battery's DC power to AC power to run the sump. Unfortunately, much of the battery's charge will be lost as it converts DC to AC, and the battery will generally run out of charge after either an hour has passed or 2,200 gallons of water have been pumped out. And like the generator-powered systems, there is only one sump pump in the pit, and if it fails, your basement floods.

Generic Battery Backup Systems: Irresponsible basement waterproofers have been known to rig up a cheap battery backup sump pump, hooking it up to a car battery for its power source. However, car batteries were not intended for work like this, and as they sit on the cold concrete floor, they will begin to lose their amperage-hour capacity. If the basement floods a year later, you won't be able to count on them to last for very long! 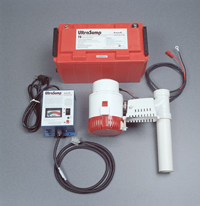 Both. While a battery backup sump pump is the more important of the two because it can run even when the power goes out your basement will stay dry. However, prolonged rains or flooding are liable to use up the charge on any basement waterproofing system, eventually leading to a flood in the basement. However, using an AC-powered sump pump backup will ensure that your system has a second line of defense, and that as long as your home has power, your sump pumps will be working to protect your home investment.

As a side note, be sure that if you're installing two sump pumps into a single location, it's important to use two sump pump discharge pipes to send the water out of the home. The pipes hold a limited amount of water, and the second pump will need a new venue to send it out with.

Basement Systems Vancouver would like to help you with your battery backup sump pump needs. For a free, in-home inspection and sump pump quote in Abbotsford, Burnaby, Coquitlam, Langley, Surrey, Vancouver, West Vancouver, and all across British Columbia, call or e-mail them online today!